Hi, I saw this tag at The Awkward Book Blogger and thought it was a pretty cool idea, although the words “burning” and “books” should never be uttered in the same sentence!

I DNF-ed it with the promise that one day I will pick it back up. There was nothing really wrong with this book, it was just too light for me. The sexual banter was 80% of the prose and although I thought the two MCs made a cute couple, it wasn’t an epic love story, and the silliness at times was too much. Given the other two books, this one had to be the burnt one

Poser is the perfect example of a book I’d gladly rewrite. I loved both characters and their growth, but I seriously couldn’t stand how long it took them to pull their heads of out their asses and finally become a thing. It was just painful to see them trying to stay away from each other after a very promising start. I still really liked it though and wouldn’t change much beside the pace and a bit of plot.

This is so w

eird, because I gave this book 3 stars when I read it. I thought the heroine was just the umpteenth Mary Sue falling for the token hot guy with a personality deficit. All of this sprinkled in “supernatural” to spice things up. But then I read the other books in the series, and also the whole trilogy from Kaiden’s POV and loved it. Their love story was epic and at the beginning I couldn’t see it, but their romance kept building throughout the books, the characters growing as people and in my heart. It’s just one of those books you fortunately get to revaluate after the whole series has been laid down black on white.

This book didn’t deliver. It wasn’t hot, it wasn’t sweet. It was about two people fighting and hating each other, being frustrated about everything the other did and eventually having some sort of epiphany that brought them together. I couldn’t relate to the characters, the plot bored me to death, and although some details were nice, like the H’s problem with reading if I’m not mistaken, this book is definitely bonfire-fodder.

It was my first book by this author and I enjoyed it very much. It was a light, yet sweet and sometimes suspenseful read. Anyway, I would have liked more meaningful and “deeper” moments. Also, the whole final action scene, if it can be labeled as one, was something straight out of a cartoon. The romance was good, the characters believable to some extent and it was just generally a nice read. The plot could have used a more realistic polishing.

my favorite YA series re-told from one of my YA book boyfriends? What’s not to love about it. Also, this wasn’t a mere retelling, since there were new scenes. But anyway it had been so long since I’d last read the series that it was like reading it for the first time. Also, I didn’t like Obsidian, the first book told by the Katie’s POV, mainly because of Daemon’s asshole-ish behavior, but in Oblivion you can really see him falling in love with her and it’s clear that his off-putting attitude is caused by his desire to protect her. Plus, Daemon is just one hilarious, sarcastic smart-ass. So by all means a re-read.

I know that I’m in the minority here, but I hated almost every single thing about this book, from the hero, who IMO is a jerk of prime category, to the push-and-pull, the flashbacks that made the characters sound like completely different people every time, and the fact that every male but her brother pursued the heroine. There’s not one thing I would save of “kaleidoscope hearts”, so in the burn group it falls.

This is the classic friends to lovers romance, but I wasn’t thrilled by either how long it took them to come to terms with their feelings and the general writing. It was an okay read, with great potential since the nerdy girl, hot athlete trope is one of my guilty pleasures, but the execution was nothing memorable, as it wasn’t the romance.

Wow, this book. My first by Mia Sheridan, definitely not the last. I loved every thing about it.

The characters were the perfect blend of realism and fairy tale. Archer is my favorite perfectly-imperfect hero and his being mute coupled with Bree’s knowledge of ASL added that deeper connection that made their story something else. Also, the romance itself was outstanding and had me craving for more once it was over. This book was raw, yet swoony. Cute at times, heart-wrenching in others. The plot too, with the short flashbacks, was complicated enough for the reader not the get the complete picture since the very beginning and there were a couple side-characters whom I didn’t know how to feel about or had mixed feelings towards, which made things more interesting.

So… these are my burn, re-write and re-read. I’m quite happy about the books Goodreads randomly chose for me since in almost every group there was a book that fit in each category. I wish I could do more rounds but real life is a bitch sometimes and is now claiming my time.

I’m not going to tag anyone, just consider yourself tagged if you want to do it. 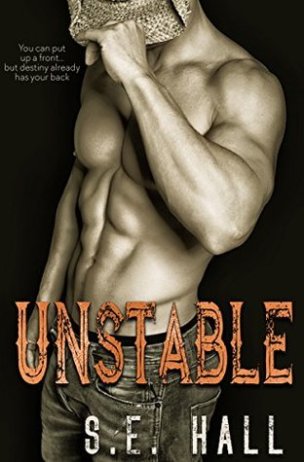 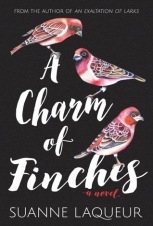 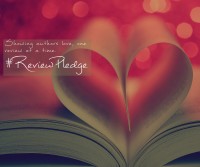